Rise Up against the covert narcissism that hides behind extreme religion.

Today I share the Human Design Gate Transits for this week.

Here are some key moments:

Sun Gate 23 Assimilation: This energy is of evolution and blowing up old systems.

Earth in Gate 43 Insights: Supports this energy to bring wisdom to know which systems to blow up.

Speak up, don't remain quiet while the covert narcissists try to reverse the freedoms of reproductive rights, freedom of knowledge, racial equality, and LGBTQ equality.

We must vote towards equality and Independent or Demo in the midterms to keep the poison that has taken over Republican Party.

Grab all links and full transcript on our website Ravenscott.show

Mentioned in this episode:

welcomed the Raven Scott show. Thank you so much for joining me again for another week of the empaths energy update.

And this energy is foundational game changer. Blowing up foundations, shaking things up. For evolution. For change. And let's pray with everything going on. In the world that this is a good change. That those. Who want freedom of choice for their bodies and autonomy? We all rise up together to support women.

Because this is the first of many. The things that are shaking our foundation, thinking that we. Have those freedoms.

So let's shake it up. Let's evolve for the better.

Gate 23 is all about blowing things up. Blowing up old structures. It's the energy of evolution. And so blowing up old structures that don't serve us anymore. Establishing new systems for the betterment of the community. And the United States is in its Pluto return. And this gate is a Pluto energy. This is Pluto.

Favorite thing is to blow things up to evolve. The earth and gate 43 insights supports.

We as a society feel like we're evolving towards inclusivity and freedoms, and I've worked so hard for those freedoms. Um, you know, race, equality, gender equality. Uh, reproductive rights. And so much more. So with this happening right now in. The. Uh, current state in the U S with the Roe V Wade being revisited being, uh, you know, attempted to be.

Thrown out. And if you know Republicans win the midterms, then they're going to have a plan to. Uh, federally. Mandate all the way across the United States, that it is illegal to have an abortion. Now I, I believe, and you can believe something different. I don't like the idea of abortion in general.

And those beautiful lives. Being ended, but when you take off those rose colored glasses and you look at the other side of the perspective, the reality, the harsh reality that life can bring you. Um, even just different illnesses that these. Uh, procedures. Our life saving for some woman who their bodies are put into danger because of a certain condition that they have in their womb.

Provide. And you can say, oh, well just give them up for adoption. If you look into the foster system. It is corrupt as well. So I would not wish upon. You know, having a baby and then sending it off to the foster system, that would be a nightmare for me mentally, right. To put, to know I'm putting my child in emotional danger.

You know, in such a horrible system with so many greedy people. Wishing to use that system for their betterment when they really don't care about the children. And I can go on and on. So the ultimate thing is we are a country of freedom. We are not a country that is similar to ISIS or the Taliban that takes away freedom of speech.

Um, right now, there are people trying to ban books because those books are giving a different perspective than what they believe. And they're afraid their children are going to be corrupted by them. If you're so solid in your faith, you wouldn't be scared and you would allow them to learn it and then have a smart conversation.

And be confident that they will believe what you believe. So all of this is fear based. And this just really roused me up. So I had to speak up about this. And I think that's the biggest thing is complacency. Uh, most Republicans, the majority of Republicans don't approve of what they're doing, but I also know that they tend to be quiet.

We must vote. In the midterms and show up, we are in a country where we have control still, and we need to keep it that way. That we can vote for who is supporting us in office, who is making the laws for freedoms of our bodies, like back to the whole ISIS and. Um, Taliban. I think it's so ironic that these extreme Christians.

Are, you know, hate those. They think they're horrible people, but they're doing the same thing by revoking a woman's right to choose what she does with her own body. It's the same exact thing. It's so hypocritical. And they must be. This, this cannot be passed for the rights and for moving forward. The freedoms that we fought so hard for.

With same-sex marriage equality with. You know, even contraception, you know, they, abortion rate is lower than it was when Roe V. Wade first came out. It's an exponentially lower because. Contraception is now readily available. Sex education has increased. This is not really a problem. This is just something that they're wanting to fight about.

Extreme religions takeover a government. If you've, haven't seen the Handmaid's tale watch a couple episodes, it will creep you out. And you will be motivated to go vote, vote in the midterms for those who are not for controlling our bodies. Raise our voices against the covert narcissists who are hiding behind their Christian religions and their Bible.

You and your personal energy may experience anxiety and fear from this happening as I'm always constantly battling to calm down. But remember you have power to shift the collective. If we all band together. You also may have an intense desire to follow a dream or create a big contribution. You may feel lost if you don't know your value or contribution.

So these difficult circumstances around female sexual and reproductive rights. Is very intense now, and this week. So it's important to get all your facts, right? Double check everything, make sure you're getting your information from Stubble sources not. Um, News that is very skewed to the left or right.

Um, and find these, these neutral grounds. To gain knowledge, do research cross-reference things about how you can help before you fall into despair. And again, voting is huge. If you've become complacent and in you've given up and you haven't voted. Vote. I know personally, a lot of Republicans as well have crossed the aisle and have, are now voting Democrat just because they can't support such extreme ideas.

For me, it felt so good to be able to relieve my anxiety by writing. And you can simply text resist. 2 5 0 4, 0 9, to get connected to the easiest way to write your government officials. I personally did this and it was so easy. I gave him the information that the bot prompted me to give. So that they could submit my information.

All I had to do is draft the body of what I wanted to say. They did the header, footer, all of that. And I received a confirmation email from the federal government and my local state government that they received my information and they're appreciative of that. So it is legitimate. It went to them, they sent it.

And they also gave you an option. If you wanted to tweet what you wrote, you can S you know, retweet it. And it was so easy. So a resist bot drafts that official letter for you, and then it's all done. So take deep breaths. Remember always to keep your unique light shining. Speak up. I remember silence is complicit.

Just use this energy this week. To know that things can evolve and shift for the better, even though it seems, and it feels like. Everything is going to hell in a hand basket.

There will be a shift in the incarnation cross into the sleeping Phoenix. And all of these things, apparently we will see. I have big systems that are corrupt. They will crumble. And it will be something to watch and witness and experiment to see how that happens. And how we can all rise as grassroots together. One by one to lift up and rebuild.

Our systems. As is healthy and supportive for the village and the community.

Thank you so much. I am done with my soap box. I'm assigning offices, Raymond Scott, and I appreciate all of you always remember. To keep your unique light

welcomed the Raven Scott show. Thank you so much for joining me again for another week of the empaths energy update.

Next Episode All Episodes Previous Episode

Success! Your FREE Self Healing Companion Guide Book is on it's way to your inbox.

Thank you, you have been subscribed. 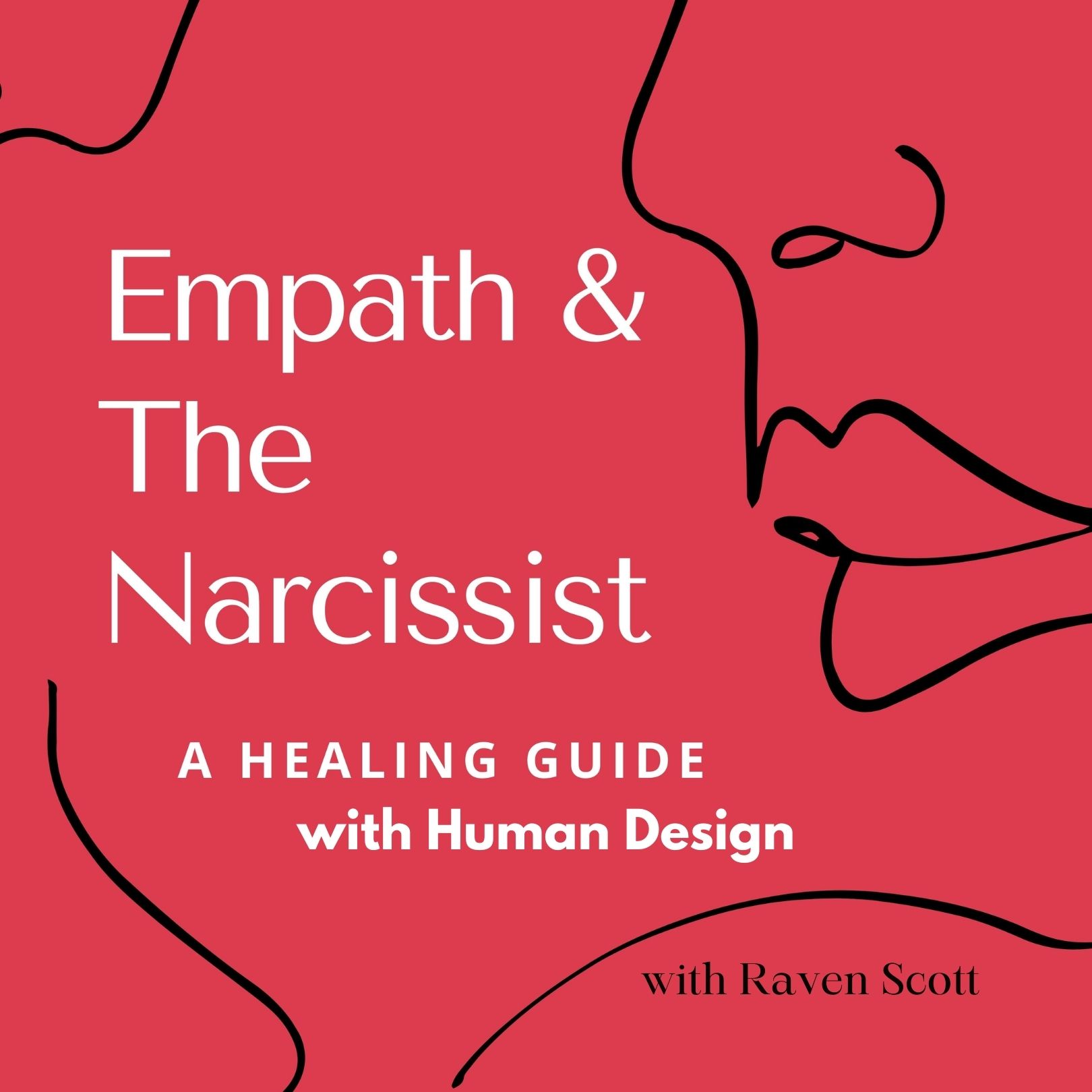 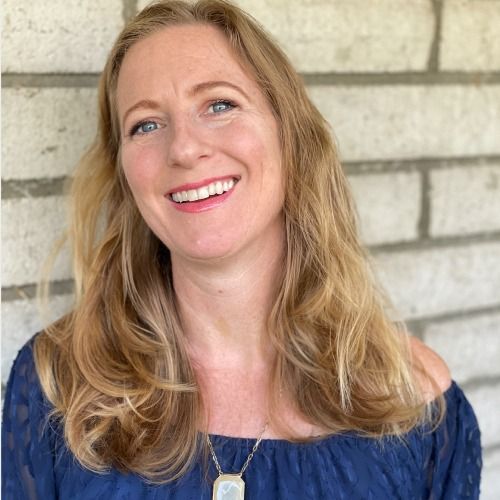 Raven Scott is a survivor of an abusive relationship with a narcissist. From people pleaser to kick ass author, podcaster, & mentor, she is a certified meditation teacher and Destiny Coach. She teaches you how to shed people-pleasing patterns one step at a time to find your power & potential through healing so you can kick ass in THIS life. Her focus is to help you tune into your soul’s healing, learning & purpose with intuition, meditations, North Node Medicine & Human Design. Join her in soul-filled podcast community on Facebook. Women Empaths Self Development to Unlock Your Destiny
Destiny Coach Healing & Self Development Programs